Click on a photo to download the high res image. If you need even higher resolution, please email me. Photos by Dario Acosta, 2021 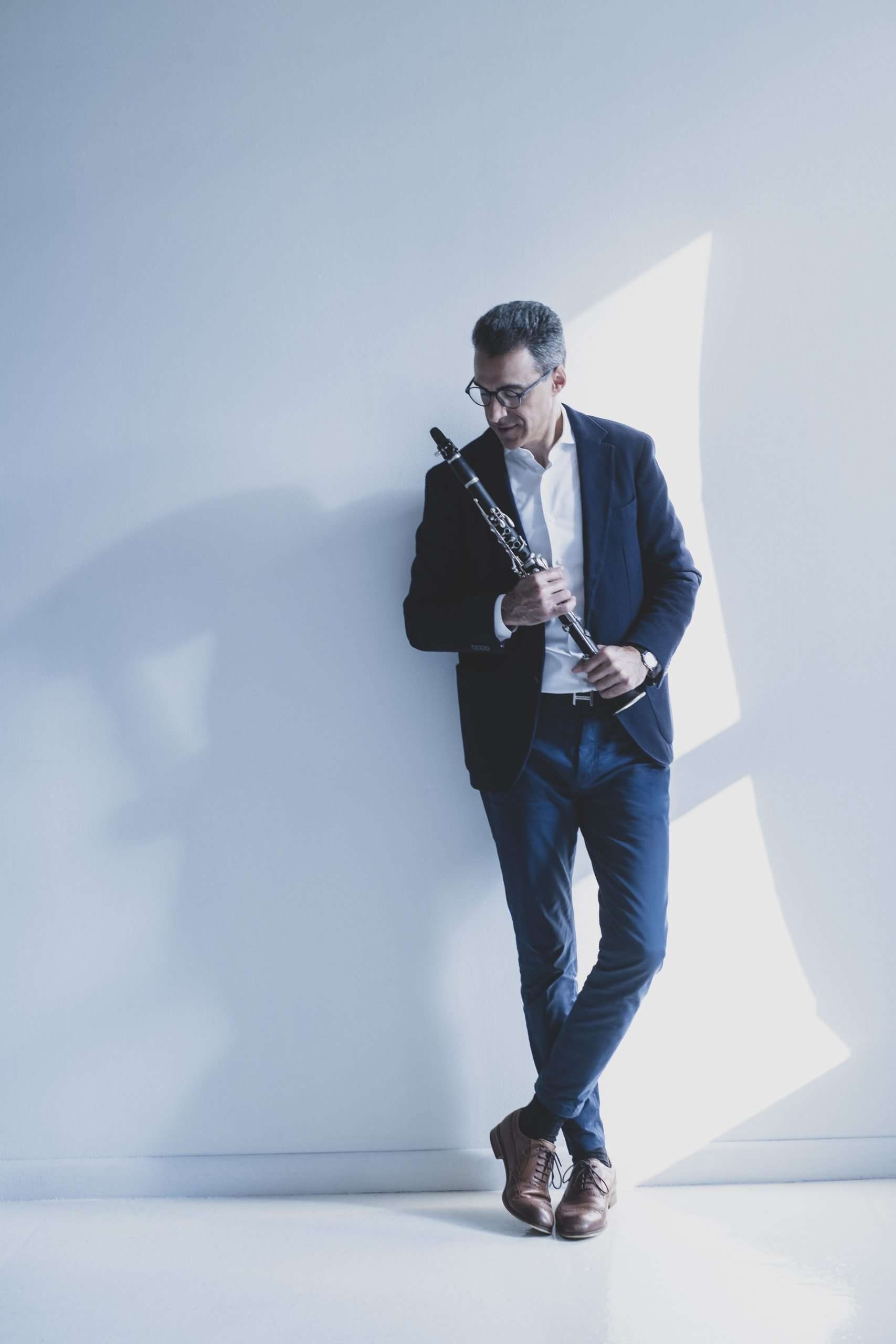 “Espina-Ruiz was every bit the artistic equal of the Merz group. The long third movement, ‘Abyss of the Birds,’ is a clarinet solo. He sustained the movement in what might have been heard as a single long phrase. There were several extremely hushed entrances which grew into a long crescendo. It takes the finest of technical and dramatic control to create this shape.” (…) “The rhythmic complexities of the sixth movement ‘Dance of Fury’ were handled by the quartet as a whole with what seemed like effortless mastery.”

“Espina-Ruiz played with sensitivity and rich tone, standing out with soaring long phrases, or weaving expressively into the surrounding string lines.”

“Mr. Espina Ruiz is a phenomenal clarinetist – a subtle and discreet virtuoso whose dynamic control matched that of the string quartet.”

“The outer movements [of “Assobio a Jato” (“The Jet Whistle”) by Heitor Villa-Lobos, transcribed for clarinet and cello by Espina Ruiz] became a showcase for the crystalline high register of Espina Ruiz, who plays in the stratosphere of his instrument with freakish clarity and precision.”

“The interpretation of Oskar Espina Ruiz was highly expressive, perfect in all the details and virtuosically executed.”

AN APPRECIATION FROM CHARLES NEIDICH

“(…) The 2 CDs of his clarinet and piano music, wonderfully performed by Oskar Espina Ruiz, Noriko Nagasawa, and Keiko Kurachi opened my eyes and ears to one of the most significant clarinetists of the twentieth century. Menéndez, judging by his compositions, must have been a formidable virtuoso. (…) Menéndez’s music, I realized listening to these CDs, fills an important niche for the clarinet. While we have operatic fantasias and virtuosic show pieces, aside from a couple of attempts by French composers, we have virtually no late romantic concerto-tone poems which, for instance, make up an important part of the violin repertoire, of which Chausson’s Poem is one of the outstanding examples. Oskar Espina Ruiz plays the music with great feeling and technical aplomb. He shows how in Menéndez’s compositions, the clarinet soars like a violin.”

AN APPRECIATION FROM VICENTE PEÑARROCHA

“This recording of the works for clarinet and piano by Julián Menéndez is the result of the profound knowledge of Oskar Espina Ruiz, of his excellent technique and his sensitivity, and of his acknowledgement and appreciation of the figure and the oeuvre of an extraordinary clarinetist and excellent musician. As a disciple and admirer of Don Julián Menéndez, I express my gratitude in his name, as well as in the name of all of us who appreciate his figure and oeuvre.”

AN APPRECIATION FROM RICHARD STOLTZMAN

“You have performed a great service to all clarinetists and have truly honored the memory of this Spanish master of the clarinet. I listened to both CD’s with growing admiration for Menéndez as composer clarinetist, and for you as master interpreter of his music. Bravo and congratulations. You have opened a beautiful treasure chest of repertoire for the world of clarinetists. Well done!”

“Through bewitching vibrancy and expressiveness Oskar Espina Ruiz brings forth the notes with an energy that reaches down to one’s soul.”

For occasional news and updates.